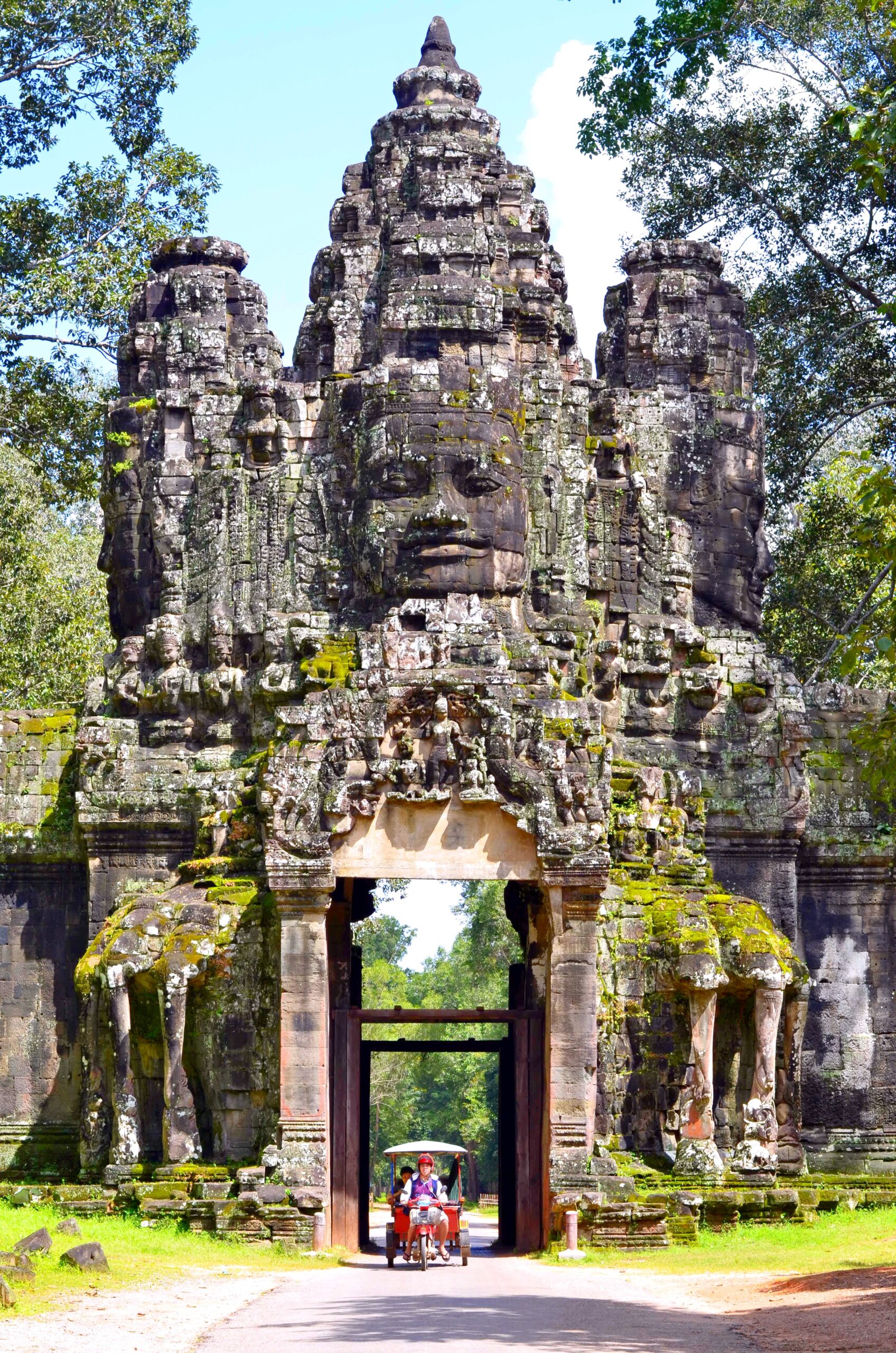 I arrived in Siam Reap late in the evening after fourteen hours of travel, with not much of a plan other than my $1 hostel reservation and the knowledge that I had to see the temples. After wandering around for a while and avoiding a few dodgy-looking Tuk Tuk guys, I finally found the place I was supposed to be staying by turning down a long, dark track off the main road near an incongruent-looking Costa Coffee. I was greeted by an amused-looking young man who showed me to my room. After a long, awkward conversation during which neither of us understood much of what the other said it transpired that no, there was no fan or air-con, and no, they didn’t have any food. When you pay $1, you get a bed and that’s it. I was hot and hungry so this was bad news, but rather than trek back up to town I decided the sensible option was to try and go to sleep – I planned for an early start the next day.

5.30 AM the next day: I wasn’t going to make it for the fabled sunrise over Angkor Wat but I was going to try and get there before the sun made life impossible. I hadn’t planned this part, but on my way out I asked the amused-looking young man if he had a bicycle I could borrow. He grinned, disappeared, and returned wheeling out a battered thing on two wheels. The tyres could do with some air and neither of the breaks worked but it was a bike all the same. How much to take it for the day? $1. Of course!

It was a sweaty ride up Charles de Gaul road, and I had to overtake an elephant in the cycle lane at one point, but I finally made it to the UNESCO National park. I paid for my 1-day pass at the gate ($20 – 3 and 7-day passes are also available) and headed in. I was immediately blown away – this had definitely been worth the cycle. Using maps on my phone, I set off down a small road which looked like it would take me on a loop around all of the temples.

The morning that followed was one of the best of my trip. It took me around 4 hours to cycle around all of the temple sites, getting off at each one to climb and clamber over the ruins. At the second stop, I had to tie my bandana around my forehead, to keep the sweat out of my eyes but also to feel more like Lara Croft. I was an adventurer, an archaeologist, an explorer of ancient worlds. I ignored the tourists I came across and pictured enemies stealing through the maze of jungle and stone instead. I bought a warm cola from a lady by the side of the road and hopped back on my little rusty machine. It was a truly beautiful and magical place.

So, if you’re willing to forgo the traditional tuk-tuk tour guide and have a DIY Angkor Watt trip instead, this is what you could spend:

Not bad to feel like Lara Croft for the day.