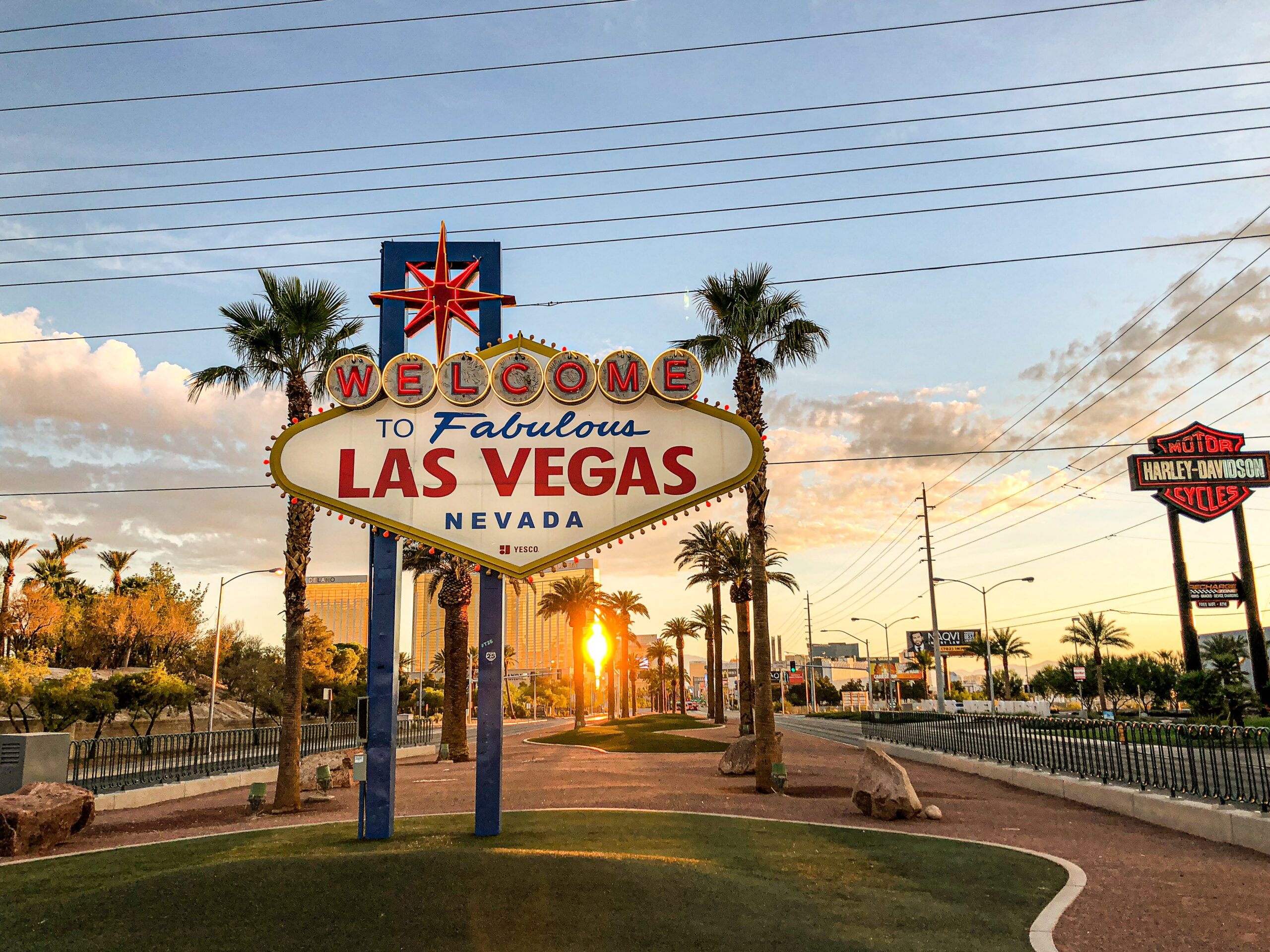 There are two very different sides to Las Vegas which is great news for travellers who are nervous about their first time in the city of lights, it means you are bound to enjoy one of its faces. So Vegas is born from a great deal of corruption, backhanded deals and competition, (you can find out more about this yourself). For years the big ballers have been monopolising to increase their share of the strip, in what is considered “New” Vegas, but what happened in the race for ownership is that it left Freemont Street to exist quietly in the background as a glittering relic of “Old Vegas”.

What you imagine Vegas to be is exactly what you will find in old Vegas; glittering towering multi-coloured billboard signs, 15 Elvis impersonators walking down the street together, penny slots, over-the-hill paunchy waitresses and dirt cheap diners. The rough,  the crude and the fantastically American old Vegas cannot be missed and if you don’t go to Freemont street you’ll be missing out.

New Vegas however is like Freemont’s older, a richer cousin who grew up fast with a panther-like business ethic. New Vegas (and old) are only owned by a handful of businessmen who suit up and negotiate their stake in this fast city, and new Vegas is not messing around. There are more Michelin star restaurants in Vegas than in London and New York put together, the hotels are slicker, the shows are bigger, and the casinos are more elegant. Basically new Vegas is like every professional city you’ve ever been to but instead of boardrooms there are roulette tables and instead of suits you see showgirls. New Vegas is your best friend and will take your money and give you a VIP badge of honour in return. In old Vegas, they couldn’t care if you had a 100-dollar bill or 10 cents.

So it’s up to you which one you will prefer, some people are torn, or appreciate both equally but there are some things you should check out on both sides. The Golden Nugget on Freemont is one of the most significant casinos but four Queens has some fantastic glittering signs. You can take a zip line down the middle of the street and then choose afterwards which casino most catches your eye. Take a trip to one of the many American diners in particular the Heart Attack Cafe, the staff dress as doctors and nurses, they use lard to fry their fries and apparently someone did have a heart attack there. Doesn’t get better than that! On the strip walk along the 8 miles and choose the fanciest hotels, MGM Grand, Bellagio, Wynn and Venetian are recommended to start you off. Visit any of the Wolfgang Puck restaurants that are littered through the hotels and large malls, you can also visit CUT the most amazing steak restaurant, located in the Venetian and if you want a show La Reve or KA would be popular choices.

So enjoy your stay, there is too much to say about this place but you’ll find your Vegas and depending on how much money you have she’ll show you a great time.

As a side, if you have a photo with anyone dressed up in the street, showgirls or the fantastic “Alan” impersonator from the Hangover movie; they will expect at least  $10.