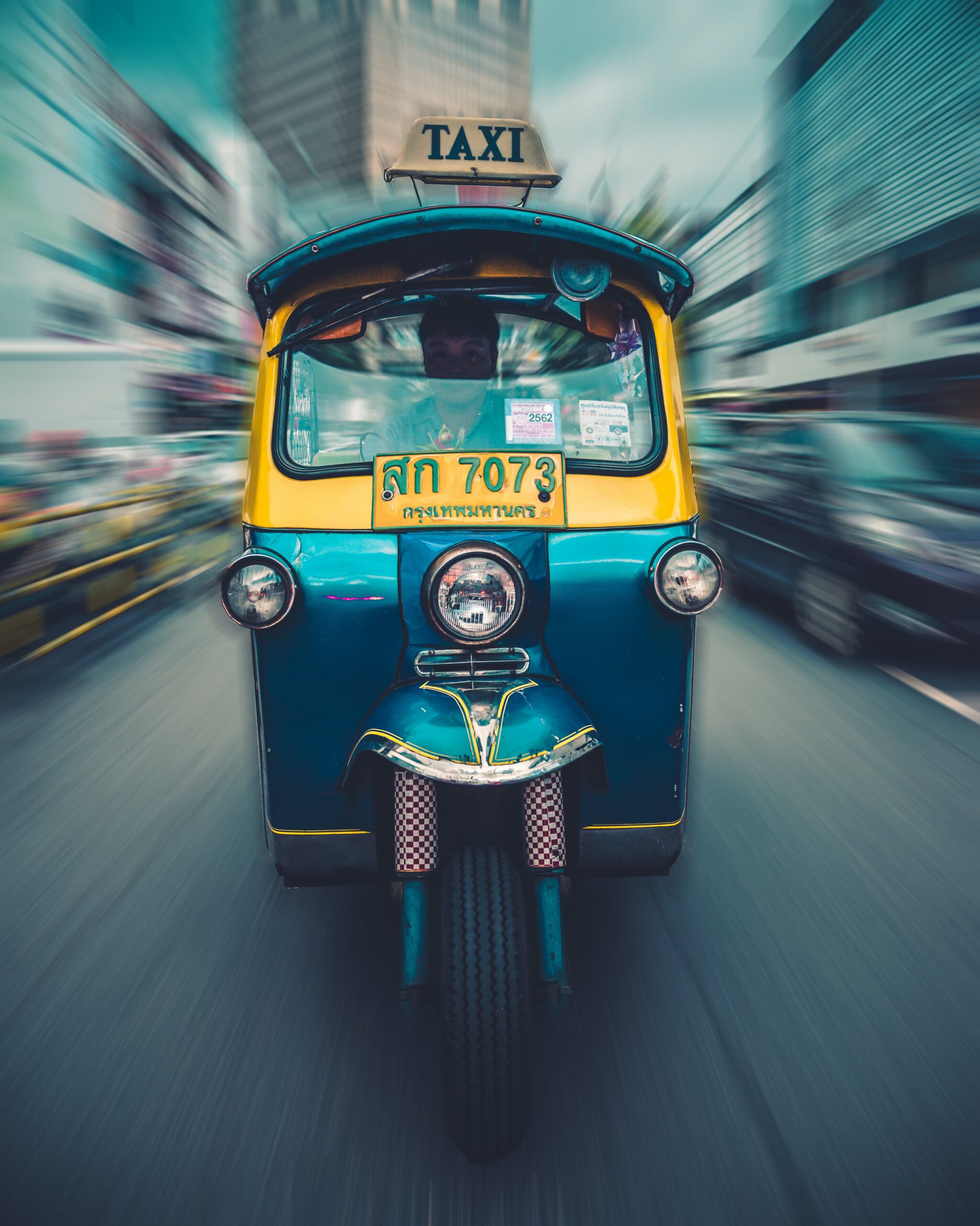 So an unfortunate truth of travelling and tourism, in general, is that there are scores of people willing to part you from your sometimes limited cash. Here are some common scams to avoid.

This seems a pretty simple scam but it is actually quite heart-breaking if you are propositioned. A small child or mother with a baby will approach you to ask you to buy them milk, their negotiation tactics can include lines such as “please my baby is hungry”, or “no doesn’t feed me”, pretty heart-wrenching. What happens next you say OK and are directed to a shop to buy milk, which is usually incredibly marked-up, you give them the milk, you leave and they take the milk back to the shop and exchange it for the cash (sometimes minus a fee). The shop wins because they keep a small amount of cash and the beggar has some money too. Then onto the next willing victim. Whilst there may be some genuine poverty, many children are used by their parents and taken out of education to take part in the more-profitable career of scamming. Eventually, they will know no other way of earning money and have no education to help them escape this lifestyle. Just be aware, say no and remember it is an act.

Some people believe you should avoid taxis at all costs as they have a bad reputation and there are always traveller horror stories about tapped metres that clock up the cash. However, generally speaking, taxis can be a better option than other local transport such as tuk-tuks or cycle carriages. The advice would be to ask at your accommodation which is the trusted taxi companies and when approaching a taxi tell them you want it on the metre, but also ask for a rough cost in advance. To be extra cautious use maps on your phone to see how long the journey will take and the route and show it to the taxi driver so he knows you know how far it is. A final tip is to watch the metre and if it seems to suddenly rise then don’t be afraid to say something or get out.

So the reason taxis might be better than tuk-tuks is because another scam is to attract you to take a tuk-tuk for a low price and then take you to various stop-offs at random locations such as shops on the outskirts of town or local tailors. As you can imagine two tourists alone in a random store in a random part of town is not a great position to be in and more often than not tourists are pressured into extortionate purchases or abandoned. Once abandoned you’ll probably pay hand over fist to another tuk-tuk driver to get back. The worst part is that tuk-tuk drivers get a commission for taking you to these stop-offs so the incentive is high to use your naivety. The moral of the story is to learn the rough costs of tuk-tuks and when negotiating remember if it seems too good to be true, it probably is.

There are hundreds of places offering fantastic tours to amazing places but often they can be expensive and not always as you expect. A visit to an orchid farm may just end up being a trip to a flower store on the side of the road (not even joking), or a pearl farm and a coffee break could be a pearl shop with a self-serve coffee machine. You’ll be pretty pissed if you spend your budget on shoddy tours but again you can avoid it. For one your accommodation may offer tours, albeit a bit more expensive and as a paying guest, your hostel or hotel probably won’t want to piss you off so the tour will probably be good. If you want to lower the cost visit other hostels or hotels and travel agents and compare, then present your findings to your hostel or hotel, they’ll most likely drop the cost. Also, TripAdvisor is your best friend here with reviews of every tour ever created so never book until you’ve had a little search online. Finally and it seems obvious but the sometimes scary thing to do, complain! If it’s not what you wanted then go back and complain, make your case and even through broken English you’ll often find you can get some money back.

Travelling through Asia and in particular cities such as Ho Chi Minh City, you’ll find shoe shining is a popular offer. You may even get asked about eleven times in one day!!! Anyway, the scam is simple, “can I clean your shoes?”, “oh yes please kind person”, you give them your shoes and they refuse to give them back until you offer them a substantial fee. Brilliant in its simplicity. Basically don’t give your shoes to anyone.

Do you want a doughnut?

Fruit and doughnut are rife throughout Asia and their insistence that you try their products is sometimes overwhelming. To avoid a scam you just need to not take anything given to you by anyone. Nothing is free in Asia and as soon as you are given something they will not take it back so you HAVE to buy it. Fruit sellers will ask you to “try” or doughnut ladies will actually try to put them in your mouth, what happens next? You have to pay for what you tried even if it was by force. This scam also applies to incense sticks at temples. If you are western you’ll probably rely on your good manners to be smiley and accepting of others but in these cases, you have to completely ignore, rudely deny offers and sometimes literally run in the other direction.

Another all too common scam, similar to the above, is coconut or fruit sellers making conversation about their carrying apparatus. If you are travelling Asia you’ll probably think it interesting, even photo-worthy to see people carrying products on large baskets hanging from a piece of wood. This is what they bank on, the scam will go like this: “so heavy, you want to try?”, “oh yes, that’d be funny.” The tourist tries to carry the fruit, gets a photo by a friend or other than everyone laughs until the coconut seller puts an opened coconut in your hand or just asks for money for the photo opportunity.

What is the price anyway?

Across Asia, unless you visit large supermarkets or convenience stores there are no obvious prices advertised. You have to just get used to this fact and make sure you ask the price all the time and don’t be afraid to not buy products. As a tourist, the price will 100% be based on your appearance and how much money they think you can part with. Comparison is also your best friend in these situations, even if you desperately need something pop to a couple of shops first to find the best price.

Nothing better than a nice relaxing boat trip?! Well, maybe not when the boat driver refuses to dock unless you tip first! Even if you have already paid for the tour. The recommendation is your check TripAdvisor beforehand.

Corruption is rife throughout Asia and unfortunately, this cannot extend to large corporations, governments and other trusted places including airports. If you are checking bags into the hold it is worth giving them a check-over before leaving through customs. Unfortunately, if reports are true, baggage handlers have been known to tamper with bags, slipping in an odd bullet and then the customs guards will threaten prison unless a hefty payment is made. Shocking! Just keep your bags at all times or check after flying.

Is that the right change?

Travelling around Asia you will possibly find the money mind-bending, similar colourful notes with similar-looking symbols or numbers. More often than not locals think you should just pay a little extra, just because and will short-change you. Day one when arriving look at your money carefully, try to learn it and don’t be afraid in shops to examine your change and say something if it is wrong. They do it everywhere and think tourists will be too polite to say anything. The money in Vietnam is pretty similar 100,000 looks very much like 10,000 and you’ll be pretty annoyed if you lose that kinda money.

What do you want? I give you a lucky price.

In the competitive market of trinket sales in the local markets, on the streets and in the shops don’t be surprised if you are met with some pretty blatant sales tactics including being followed, being grabbed (yes really! And they don’t let go either which can be awkward), and being yelled at. The art of not getting totally ripped off is to start negotiating a price and then walk away. You’ll be amazed how quickly a lucky price was not lucky at all. Markets will be cheaper than shops for the most part but a more stressful experience.

You pay for your accommodation, your bike parking or for your food but sometimes you will be asked to pay again! It seems there is Alzheimer’s spreading around Asia and if they can get away with getting paid twice for something you had once they will! Seems ridiculous but get a receipt and keep the receipt until you are long gone.

The list above just details some of the more deceitful scams that many people have fallen victim to. It doesn’t include pick pocketing etc but the general rule, if not completely put off travelling Asia is to be wary, sometimes unfriendly and aware.